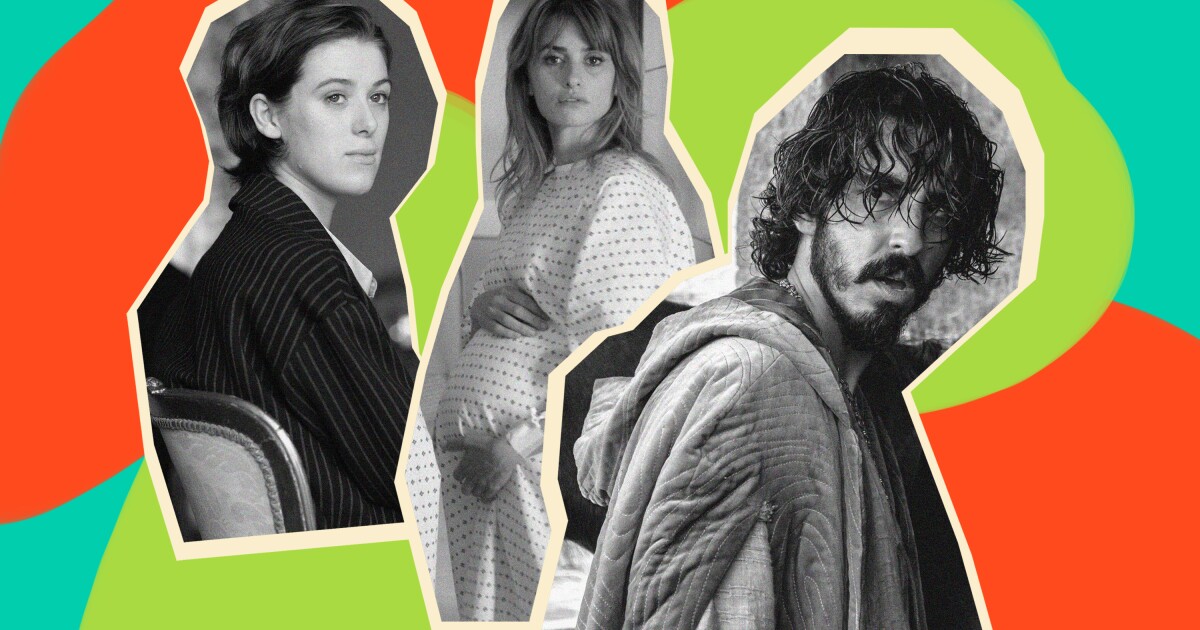 “We’re all of us passing for one thing or different, aren’t we?” Certainly we’re, one thing not misplaced on both of the 2 Black ladies (the fantastically matched Tessa Thompson and Ruth Negga) on the coronary heart of Rebecca Corridor’s quietly piercing Harlem drama, “Passing.” Or on the seething, conflicted rancher (a never-better Benedict Cumberbatch) who provides Jane Campion’s magnificent Montana western, “The Energy of the Canine,” its understated ferocity. Two very totally different visions of Twenties America, every one constructed round an phantasm — and a relationship — that can’t be sustained.

And listed below are 15 honorable mentions:

“Annette” and “West Facet Story”
The film musical at its most doomily romantic, by which each Leos Carax and Steven Spielberg show themselves untested masters of the shape. Each deserve bigger audiences than they’ve obtained thus far.

“Azor” and “The Tragedy of Macbeth”
A husband and spouse enterprise right into a coronary heart of darkness in each Andreas Fontana’s chilling portrait of Soiled Struggle-era Argentina and Joel Coen’s deeply chiaroscuro rendition of the Scottish Play.

“Expensive Comrades!” and “Quo Vadis, Aida?”
Two powerfully pressing dramas set towards historic tragedies, by which our consideration is concentrated not on the blood and the horror however on the desperation of a mom at her most fiercely protecting.

“The Killing of Two Lovers” and “Spencer”
The top (or near-end) of a wedding, as skilled from one participant’s harrowingly subjective, intensely cinematic gaze.

“Licorice Pizza” and “The Worst Particular person within the World”
Two zippy, episodic romantic comedies centered on heroines who heroically refuse to be hemmed in, brilliantly performed, respectively, by Alana Haim and Renate Reinsve.

“The Velvet Underground” and “Summer season of Soul ( … Or, When the Revolution May Not Be Televised)”
Hats off to Todd Haynes and Questlove for these spectacularly enveloping feats of ’60s musical-historical scholarship, every one a layered, deeply transporting collage of sound and picture. You needed to be there — and now, thanks to those films, you may be.

And 20 extra near my coronary heart:

“All Gentle, All over the place,” “Bergman Island,” “The Card Counter,” “C’mon C’mon,” “Flee,” “Within the Similar Breath,” “The Misplaced Daughter,” “Mass,” “The Mitchells vs. the Machines,” “MLK/FBI,” “Nightmare Alley,” “Pig,” “Preparations to Be Collectively for an Unknown Interval of Time,” “President,” “Raya and the Final Dragon,” “The Suicide Squad,” “Take a look at Sample,” “Tick, Tick … Growth!,” “Titane,” “Undine”

Next post Covid Omicron variant spreads around the globe Dec. 17, 2021